The Night Shift playing Franz Ferdinand - Take Me Out

Plasterer of the Year category attracts record number of nominations 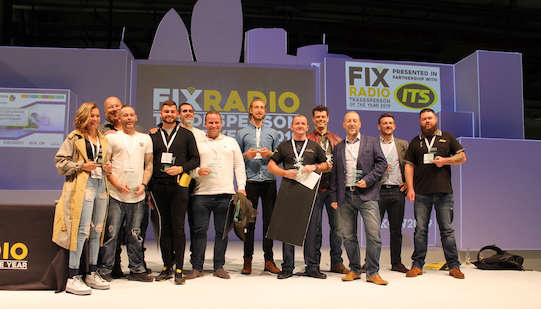 Competition has been fierce among spreads for this year’s Fix Radio’s Plasterer of the Year award. The category, which is sponsored by British Gypsum, has attracted the largest number of nominations of all eleven categories at this year’s Tradesperson of the Year Awards.

“The level of skill and different techniques on display by the shortlisted nominees is great,” said Greg Wilson, head of content, Fix Radio.

The Tradesperson of the Year Awards will take place on 04th May, alongside UK Construction Week. The ceremony presented by Clive Holland, will bring together tradespeople from across the country to celebrate the excellence in the building trades.

“We’re looking forward to welcoming everybody back to the awards next week,” said Wilson.

“We’ve been away for two years due to COVID, so it is going to be a real pleasure to bring everybody together for this event. We wish all our shortlisted nominees the best of luck for next week,” he added.

Fix Radio will give away 11 awards across the evening, covering most major building trades.

Here is the shortlist of candidates: