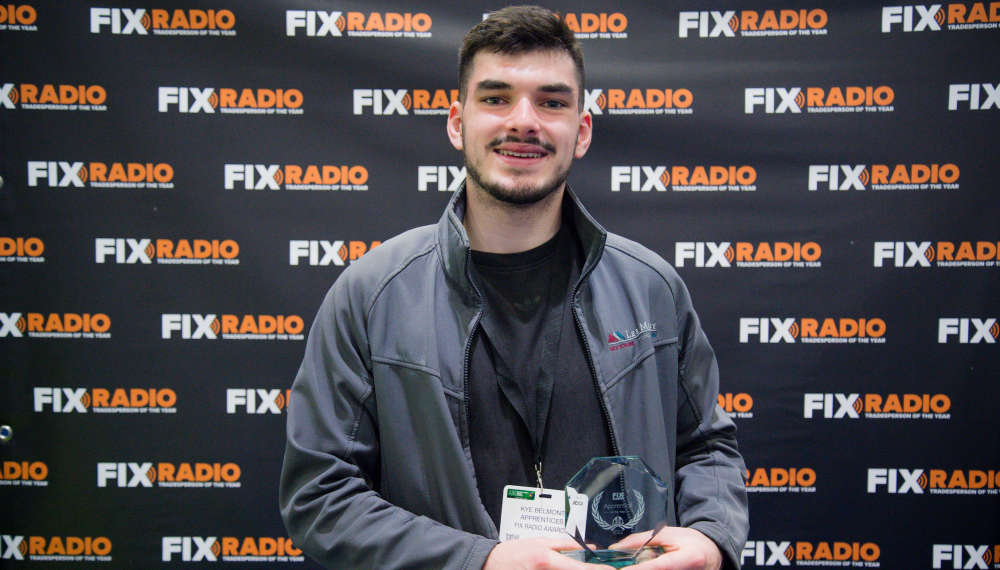 Kye Belmont swooped to claim Fix Radio’s Apprentice of the Year award at the second Tradesperson of the Year event last week.

The Apprentice of the Year category, which was sponsored by CMO Trade, celebrates outstanding work by an apprentice regardless of discipline. Three out of the five nominees on the shortlist were bricklaying apprentices.

Belmont won the award after a busy start to his career, where he has picked up several awards including a 1stplace finish at the Best Apprentice in London competition.

Apprentice brickie, Zachery Anderson of Hodgkinson Builders was highly commended in the category.

The Fix Radio Tradesperson of the Year Awards, which was held on day two of UK Construction Week in London, brought together shortlisted nominees from this year’s award at a brief ceremony.

“This year’s shortlisted nominees showcased the best of the UK’s trades – the winners have displayed an excellent portfolio of work that proves that UK tradespeople are the best in the world,” said Greg Wilson, head of content for Fix Radio.

“Congratulations to Kye for all his hard work. It is amazing how far he has come in such a short time in his career. It will be great to see how his career evolves,” he added.