'We've known each other for 34 years and been together for a year': Jessie Wallace details her romance with 'builder boyfriend' 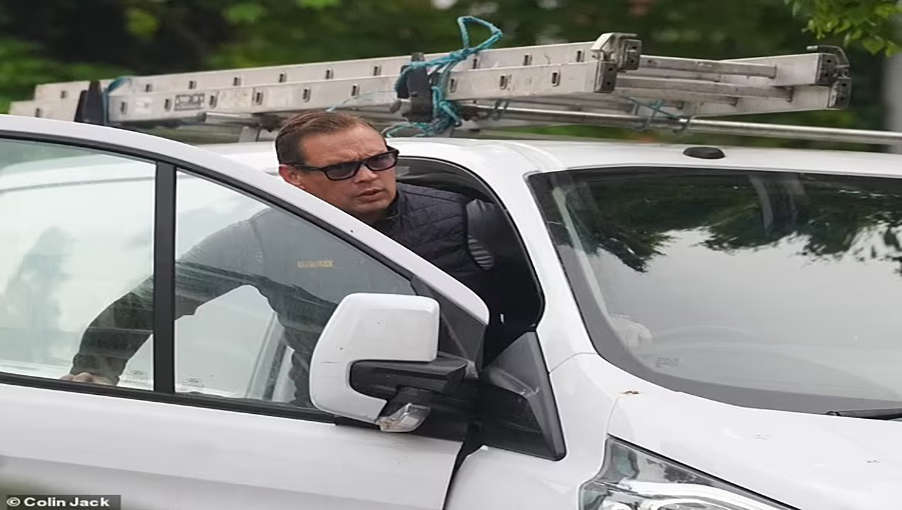 Jessie Wallace has revealed she's been dating her builder boyfriend for a year, after they were pictured getting cosy in his white van.

The EastEnders star, 50, shared on Instagram that they had known each other for 34 years before commencing their romance.

It was previously reported that Jessie fell for the workman after booking him for a job, but the star has since clarified they've known each other far longer.

Predicting that it will be a long-term union, a source told The Mirror: “It's like a plotline from the soap – a classic Kat escapade. Jessie seems to be over the moon.”

She wore a black top while framing her face with a pair of sunglasses while he donned a charcoal DeWalt bodywarmer and matching paint-splattered trousers.

MailOnline contacted Jessie's representatives for comment at the time.

She split with her last boyfriend, father of five Paul Kempin in 2019 after a two-year relationship and, before that, was dumped by musician Tim Arnold in 2016.

Jessie had been dating the singer since 2012, however, he claimed to have become 'tired' of the limelight at the time.

Alluding to the fact he was the one to end the relationship, he told The Mirror: “People just want to know about the celebrities you know or have been with. I am tired of it.”

And when pressed if the couple had been apart for a while, he replied: “Not for a long time.”

When contacted by the MailOnline for comment, a spokesperson for Tim said: “Tim does not discuss any of his relationships with celebrities that are in his life. He communicates publicly through his music as an artist.”

Tim, a singer and producer who goes by the stage name The Soho Hobo, is the son of former EastEnders' actress, Polly Perkins - who played Rose, Dot Cotton's half-sister.

During a stint on The Voice in 2015 he was picked up by Ricky Wilson, but during an elimination round he lost out to eventual winner, Stevie McCrorie.

Jessie has certainly had her fair share of bad-luck when it comes to relationships.

Before she began her relationship with Tim, the award-winning actress was engaged to catering boss Vince Morse, but she called off their wedding after she found out he'd sent raunchy texts to a former lover the night before their wedding day.

Previously she dated policeman Dave Morgan from 2003 to 2005, who is the father to her 11-year-old daughter, Tallulah Lilac Morgan.

When Tim started dating Jessie, a year after she ditched Morse, he appeared to make a pledge of loyalty to the unlucky-in-love actress.

Speaking about their relationship to The Sun ahead of his stint on The Voice, he said: “I knew about the terrible experience she’d had.

“One of the greatest crimes that can happen to any woman, whether they are famous or not, is to be humiliated.”

He added: “I always took it as a responsibility to be both supportive and protective of Jessie.”