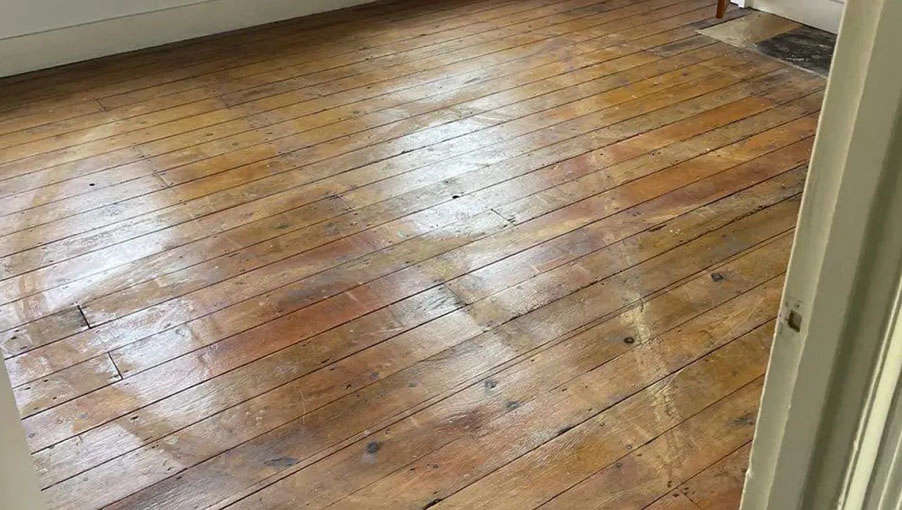 Homeowners have shared the horrifying discovery they made after pulling up the carpets in their new house, The Sun has reported.

Carved across the wooden floor inside one of the bedrooms is a pentagram - a five-pointed star inside a circle.

The spooky find was posted to Reddit's popular Oddly Terrifying thread and was overwhelmed was responses from concerned viewers.

The original poster wrote: "Pulled up the carpets in newly purchased house to find this."

The symbol can have a range of different meanings, depending on a person's beliefs, their religion and the type of star.

Some believe the inverted pentacle in a circle is the Satanic pentagram used perform black magic or call upon demons.

The thread was jammed with superstitious theories and light-hearted jokes about the presence of the unknown.

Another said: "Top 10 pranks you could do before you move out."

Someone else warned the couple the image was a protective sigil - a type of symbol used in magic - which traps and wards off evil entities and negative energy.

They said: "It is likely the previous owners of the house (or before them for that matter) knew there was something in the house.

"Removing this would be a mistake. If you do remove it, you should replace it in some way. But do whatever you want - previous owners may have done this as a “joke” without knowing the meaning behind the sigil, and so it may not have been placed there intentionally as there is something in the house."

In a update, the original poster said they had organised sanders to go to the house and take care of it.

They continued: "We’re just going to ignore the smell coming from under the floorboards."

Someone joked: "That's a sign the house is meant to be a rental property."

Another said: "Aww, that was quite the neat pentagram too. I would have just put a single chair with a ventriloquist doll sitting on it in the middle. Keep the visitors guessing."