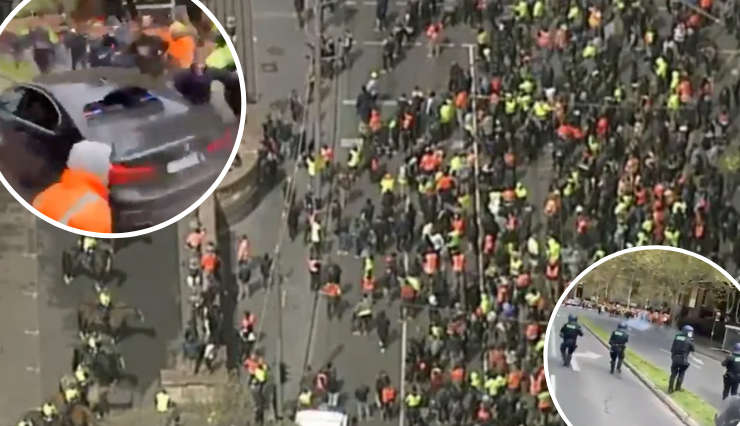 For the second consecutive day there have been chaotic scenes in Melbourne, Australia, with construction workers protesting and closing down some of the city’s busiest roads following controversial new laws requiring tradespeople to prove they have been vaccinated in order to access a site.

The protest was also a response to the Victorian government taking the unprecedented step of shutting down the industry for two weeks, citing a rising number of covid transmissions on job sites thus leaving thousands out of work.

Traffic was blocked on Melbourne’s West Gate Freeway - the busiest urban freeway in Australia - and violent scenes were captured by onlookers as riot police tried to disperse the crowd.

Warning Coarse Language in the video below:

In a post shared on social media app Telegram, organisers of the protests explained the demonstration “would continue until their demands have been met. Bring your friends and family in support. Wear work gear."

Some of their demands include “an immediate end to lockdown, an end to mask and vaccine mandates, the resignation of Victorian Premier Daniel Andrews and a resumption of all construction sites." 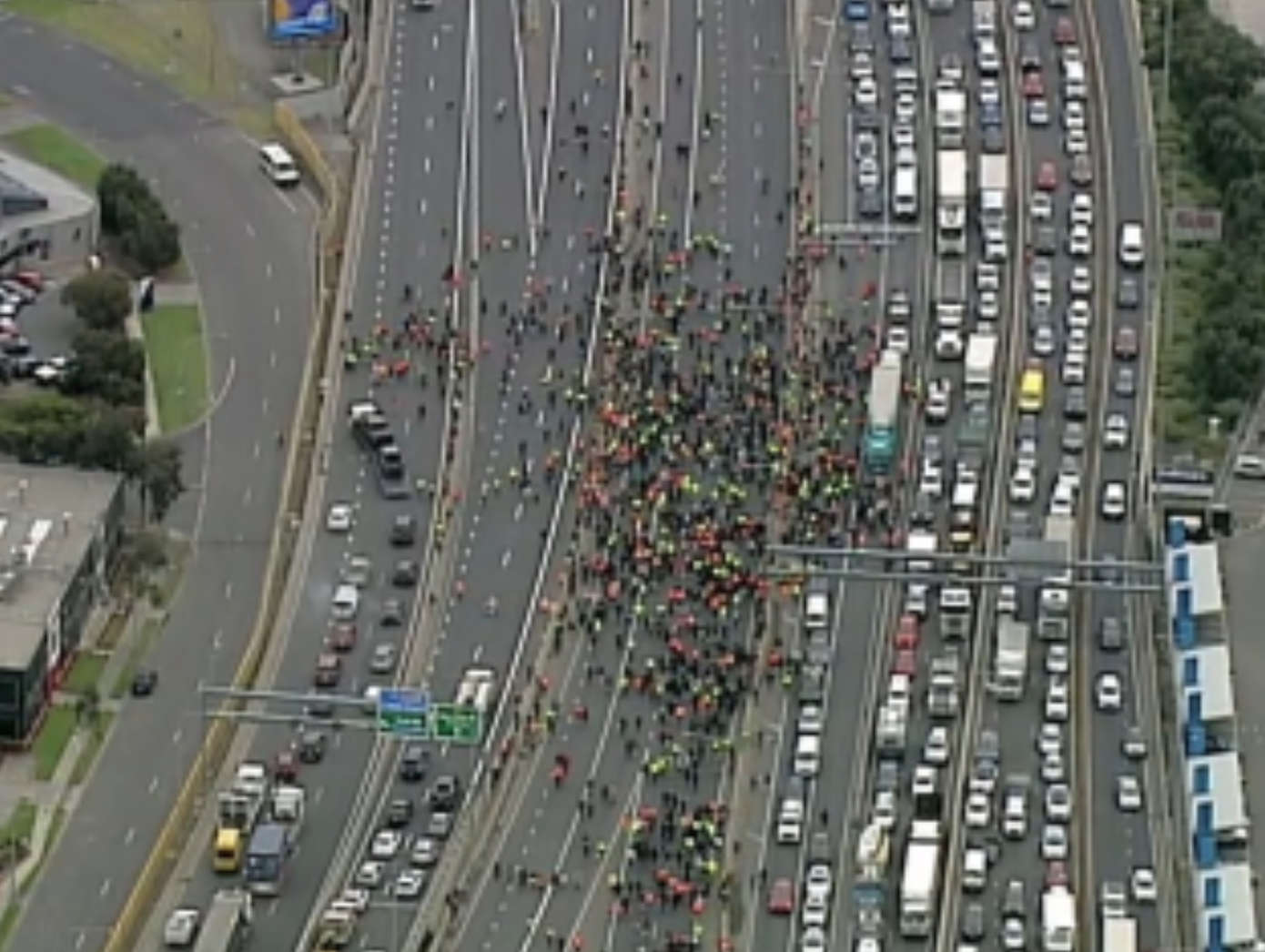 Tragically the emotion of the day was heightened after news spread that a tradesmen had died at a construction site in West Melbourne. The Herald Sun reported it was understood he took his own life.

A Victorian Police spokeswoman said: "Sadly the man, who is yet to be formally identified, died at the scene”.

The moment @paul_dowsley is hit (again) this time with a can of drink. pic.twitter.com/jywumGU81O

If you or someone you know needs help or support, the Construction Industry Helpline is available to you.