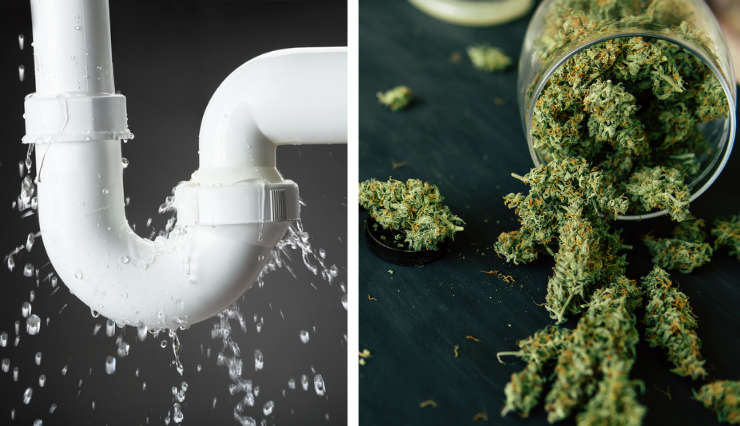 A burst pipe that resulted in water gushing into a neighbouring property has resulted in a 30-year-old Derbyshire man fronting court, after it exposed his sophisticated cannabis growing operation that was taking place next-door.

Andrew Howell was taken into custody after police found 28 marijuana plants growing in his set-up with a street value of roughly £15,000 at his home in Woodville.

While it didn’t look good on the surface for the father-of-two, Derby Crown Court heard that the offender was motivated due to personal circumstances involving him having to pay off a loan whilst being the primary carer for his two parents and young children.

As reported by the Derby Telegraph, Recorder Simon Gurney said: "Without your contribution, which was significant, there could be no operation.”

Inside they found a cannabis farm with 28 plants capable of producing drugs with an estimated value of up to £15,000.https://t.co/ZeJo5Oqh8S

"It's accepted by you that you were a gardener. The set up had been put in place by another.”

After pleading guilty to production of a controlled drug and with personal circumstances taken into account, Mr Howell was spared immediate jail time but given a 6 month prison sentence suspended for 12 months.

He was given home curfew orders between 8pm and 7am that will be monitored electronically.