'My customers are not bothered... they want their bathroom sorted!': Huddersfield Giants' prop-turned-plumber Chris Hill opens up on his day job 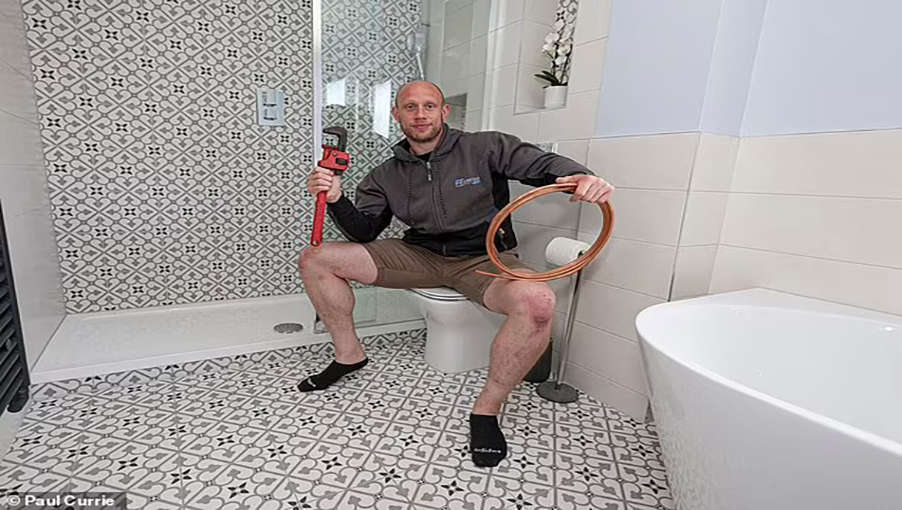 Even in Challenge Cup final week, there is no let up for Chris Hill. “Just because I’ve got a final, work doesn’t stop," said the Huddersfield Giants star. “My customers are not bothered about the Challenge Cup. They want their bathroom sorting.”

And so, as well as Saturday’s fixture at Tottenham, the prop turned plumber has spent this week preparing for his next bathroom fitting, calling customers, visiting their houses and working on quotes.

“We are absolutely rammed with work,” admitted Hill, who set up his business, Premier Plumbing, with a friend in 2015. “When I get home from training, I usually work for a couple of hours. I could be speaking to customers at any time of night. I usually book jobs in to go to houses and measure up on my day off.

“I have been on international tours and taken my laptop and all my books with me. Even when you are on the other side of the world, it doesn’t stop you emailing or doing quotes.

“In the off season, I get on the tools. I don’t mind mucking in. I like a bit of hard work. But I try not to do that as much in the season, especially when I am trying to recover from games. I don’t want to get injured lugging tiles up and down stairs!”

It was 10 years ago, after signing for Super League side Warrington from part-timers Leigh, that Hill first learnt his trade by attending night school twice a week. As well as setting him up for life after rugby, the 34-year-old finds plumbing a release from the stresses and strains of his sport.

“I enjoy it, it takes my mind off rugby,” he told Sportsmail after showing off one of his finished bathrooms at a customer’s house. “If you think about rugby all of the time, you get ground down.

“After rugby, it’s something that’s set up now so I don’t have to worry about what I will do. I am looking to do my sparky course as well.

“I do get recognised by customers, especially because a lot of our work is Warrington way, but it’s nice to have a chat. I’m just a normal person doing another job. We do it to the best our ability because we have a reputation to keep up. I’ve even done a few St Helens fans’ bathrooms so I can’t be that bad!”

Hill is pretty handy at his day job, too, playing in two World Cups for England and four Grand Finals for Warrington. This will also be his fifth Challenge Cup final. With the Wolves, he won two – in 2012 and when he was captain in 2019 – and lost two. Now, in his first season with his new club Huddersfield, he has helped guide them to their first final since 2009.

“Playing in it and lifting it as captain is what dreams are made of,’ admits Hill. “Everyone wrote us off against Saints that year so that one was something special and will always live with me.

“But I have experienced both ends of the spectrum. Winning it is unbelievable but on the other side of the coin, when you lose, it is horrendous and hard to take.”