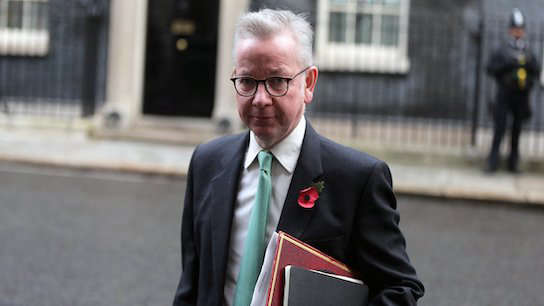 Gove replaces Robert Jenrick, who served two years in the role despite several controversies, including intervening to approve a GBP£1 billion apartment block, just a day before the project would have cost developer Richard Desmond an additional £30-to-£50 million.

In approving the Westferry Printworks scheme, Jenrick overruled the local council and the government’s own planning directorate.

Gove has held other cabinet posts including environment secretary and education secretary.

The new housing secretary has a chequered history with the construction sector. Last year as chairman of the Brexit summit he failed to invite any of the main construction trade bodies, in a move that was described as ‘disappointing’ and ‘frustrating’ by industry leaders.

Gove’s ‘to do’ includes responsibility for the government’s ‘levelling-up’ strategy and completing Jenrick’s proposed overhaul to the development planning process.

Also, on the move as part of the cabinet reshuffle is the construction minister, after just eight months in the job.

Anne-Marie Trevelyan has been promoted to international trade secretary.

Within hours Labour released a slew of Trevelyan’s earlier tweets where she dismissed those that believe in global warming as ‘fanatics’.

While construction minister, and co-chair of the Construction Leadership Council, Trevelyan launched Construct Zero, an industry discussion document that outlines a roadmap towards net zero carbon emissions by 2050.