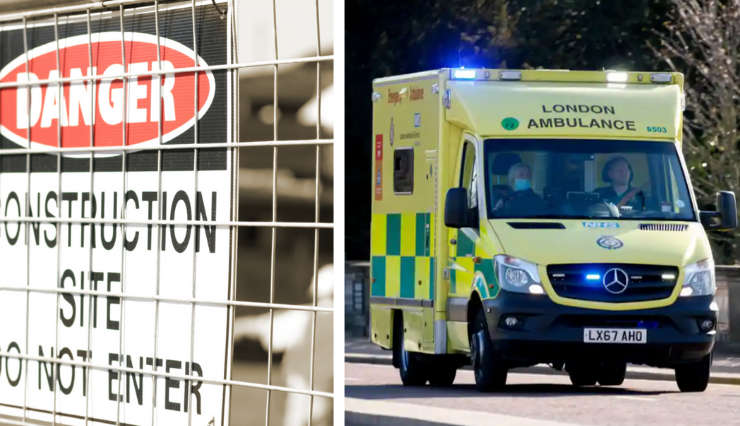 A tradesman was lucky to avoid serious injury when building works during an extension suddenly gave away and collapsed around him, trapping him in the process and having to wait for emergency crews to arrive to safely remove him from the rubble.

The incident occurred on Monday morning at a property on Windsor Avenue in Uxbridge, with neighbours witnessing the first floor of the extension suddenly collapse through to the ground floor while a builder was working inside.

Firefighters were quickly called and came to the rescue of the tradesmen, who was freed and taken to hospital to tend to and asses his leg injuries.

As reported by MyLondon, A London Fire Brigade spokesperson said: "Firefighters were called to reports of an extension collapsing at a semi-detached house on Windsor Avenue in Uxbridge this morning.”

"The first floor of a two-storey extension which was under construction collapsed to the ground floor, trapping one person.”

"Crews worked to free the man, who was taken to hospital by London Ambulance Service crews.”

"One man was removed from the building and taken to hospital for leg injuries. No further injuries.”