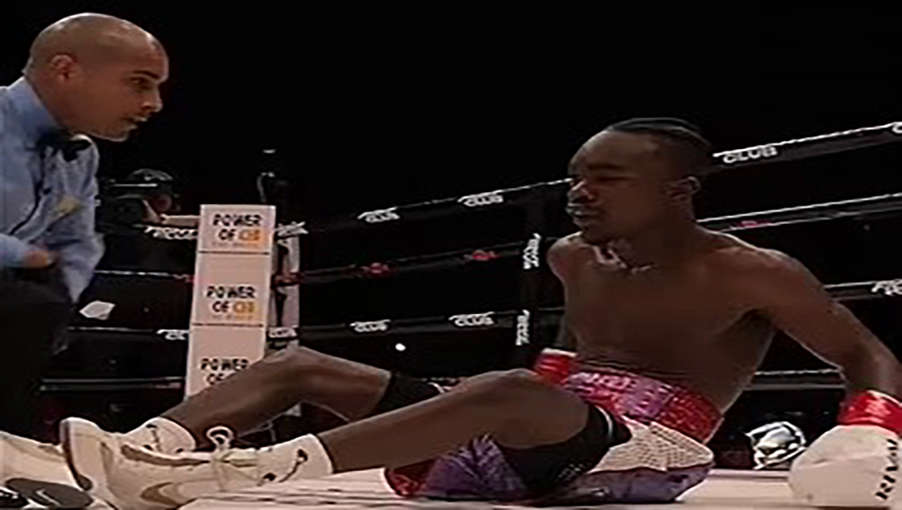 According to the MailOnline, the 24-year-old son of the legendary heavyweight was knocked out by a destructive right hand in the second round of what was just the 10th fight of his professional career.

His opponent McDonald - an electrician in his spare time - entered the fight with a 6-5 record but his victory over Holyfield has come as his biggest scalp so far.

The manner of the defeat for Holyfield could come as a huge upset to his young career in boxing that may require an early rebuild.

McDonald finished off Holyfield by connecting with a devastating shot, sending Holyfield facedown to the canvas.

Despite the brutal knockdown, Holyfield who goes by the nickname 'Yung Holy' was able to sit upright and appearing dazed was not able to convince the referee he was able to continue as the official's count reached eight.

The defeat will come as a blow to Holyfield who was expected to comfortably see off the challenge of McDonald after registering six knockouts in his previous nine wins.

Evan Holyfield followed father Evander into fighting on Triller card with the former heavyweight world champion brutally stopped by Vitor Belfort in an exhibition match to mark his return to the ring after 11 years away.

But it was one step too far for 59-year-old Holyfield Sr as he was overwhelmingly beaten by the 45-year-old Brazilian-born fighter.