Electrician makes $25,000 in 12 hours with his 'miracle' yet VERY pricey anti-hair loss shampoo - and he's on track to make $5 million this year 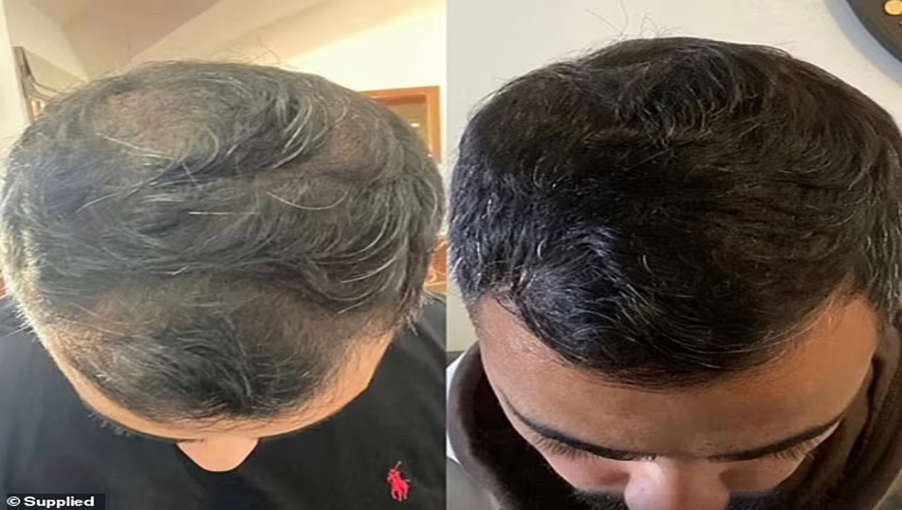 A former electrician and dad-of-two has made $25,000 in the first few hours of launching an anti-hair loss product even though it's the most expensive men's shampoo on the market, MailOnline has reported.

Patrick Kidd, from Bondi, launched his new $95 Ultra Thickening Shampoo through his brand Patrick's and dubbed it 'the best shampoo on the planet'; he's now on track to turnover $5million this year alone.

The 44-year-old gave his chemist an 'open budget' to create a product to target hair loss that actually works - and the results speak for themselves.

Patrick, whose brand won Esquire's best thickening shampoo award in 2021, made the call to his pharmacist the day after the big win and they spent the next year developing the new formula.

The secret lies in the patented lab formulated PRC PLUS compound with 20 active ingredients including high percentages of four key, clinically trialled blends.

The formula is suitable for daily use, is best for normal to thinning hair and backs its claims of preventing and treating moderate to advanced hair loss with clinical trials.

Having already launched in Selfridges, Lane Crawford, End, David Jones, Harrods and Mr Porter, Patrick has pushed even further into the international beauty market and has now signed deals with Bergdorf Goodman, Bloomingdales and Nordstrom.

It's taken Patrick 10 years of hard work to build his empire and says attention to detail and an eye for spotting something different have been key to his success.

“It took us seven years to develop and launch our first product because we were obsessed about every single detail, consciously combining performance, design and sustainability,” he said.