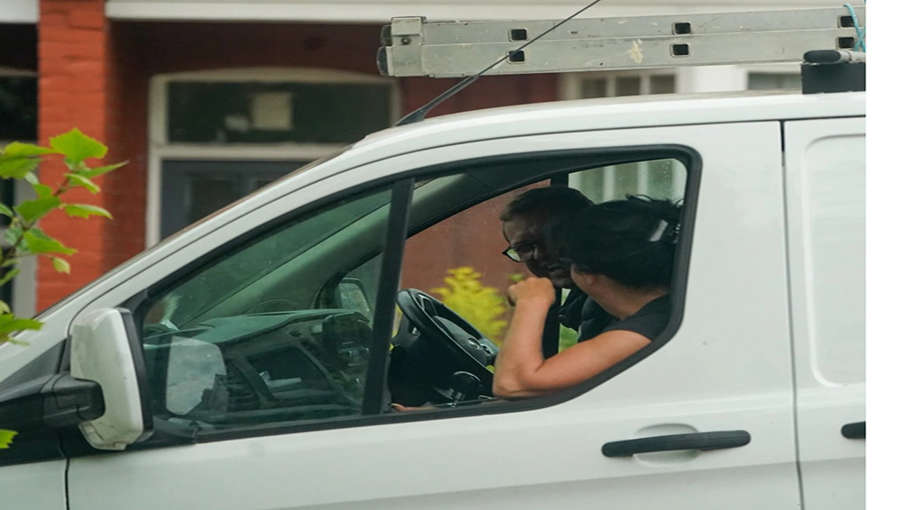 EastEnders legend Jessie Wallace soaked up the sunshine as she went for a drive with her new man, The Sun has reported.

Images show the Kat Slater actress, 50, hopping in her builder boyfriend's white van, with the BBC star looking glam in a huge pair of sunglasses.

She rounded off her look with a black top and leggings and fluffy brown boots.

Her man took the wheel as they drove around London, with the pair seen giggling as they enjoyed a chat.

Jessie wheeled down her passenger side window to let in some fresh air as they enjoyed some downtime in the London sunshine.

The pair have been dating for a year, but have known each other for 34 years.

A source told the Mirror of their blossoming relationship, which came after the soap star employed the tradesman to complete some work at her home.

They said: "It’s like a plotline from the soap – a classic Kat escapade.

"Jessie seems to be over the moon."

Her new man is also rumoured to have moved in, after spending huge amounts of time at her home.

She previously dated greengrocer Paul Keepin but they split in 2019 after two years.

Her four-year relationship with singer Tim Arnold ended in 2016.

Five years earlier, she called off her planned wedding to catering boss Vincent Morse at the last minute.

It has been a happy time off screen for the star, who recently became a grandma aged 50.

Proud Jessie, who is mum to 17-year-old Tallulah, shared a photo of the sleeping newborn with her 128,000 followers on Instagram and said: "Welcome to the world, my grandson SJ.

"You are loved, cherished and adored"

Meanwhile, EastEnders fans were thrilled when Jessie returned to screens in September 2020 following her soap ban.