Dorset's Oly Rush first ever to swim around Grand Cayman 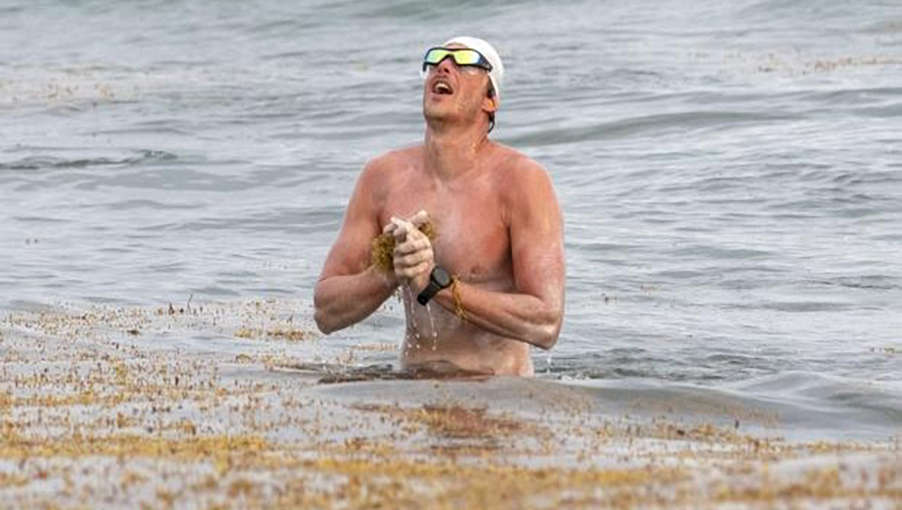 An Upton man has become the first person in history to swim around the island of Grand Cayman in the Caribbean.

He was able to walk from the sea unaided before getting into an ambulance where he was assessed before being conveyed to hospital.

Oly, who has raised tens of thousands of pounds for environmental charities in the past, partnered with Plastic Free Cayman and Project Planet for his latest swim.

He said: "I got round but it was absolutely brutal, it was so so difficult. It took me to some very dark places, and I literally wanted to ocean to swallow me up.

"I was never going to quit because I was so motivated by the environmental cause and what humans are doing to the planet, but it was the hardest thing I've ever done.

"My food plan went out of the window after four hours and there were channels I had to swim through by myself because the support kayaks couldn't get through due to the swell.

"There were some sections where I was making little to no progress against the currents.

"I had a great support team and I'm sure something was looking over me to ensure I finished.

"There were no major incidents during the swim, it was just extremely tough.

"I was taken to hospital for treatment mainly to address dehydration. My tongue was so swollen I could hardly drink anything.

"The pain in my shoulders was pretty intense and after some strong pain relief I was able to settle down and get some much-needed rest.

"The important thing was to raise awareness about sea pollution, and we've raised lots of money too and people can still donate.

"It is too early to say what I'll do next, but I'll continue to raise awareness about sea pollution and no doubt when I get home I'll be on beaches clearing them of plastics."

Last year Oly swam around the Isle of Wight in a record time, but he says his latest swim put that in the shade.