Colin Furze: From being a plumber at 16 to building an underground tunnel and a secret bunker 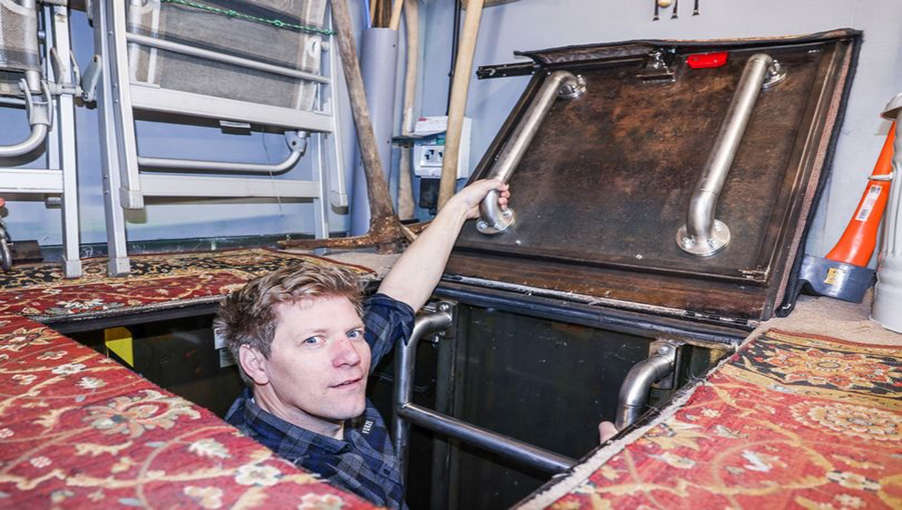 Colin Furze is a YouTuber from Stamford with more than 11 million subscribers who first started digging a tunnel from his home in 2018. He now wants to link it to his secret bunker.

His videos have been watched more than 1.4 billion times by people all over the world. The majority of them are filmed at his home in Lincolnshire.

LincolnshireLive paid Colin a visit to see how he has transformed his house into every childhood dream. The first thing we noticed were three doorbells, one of which was labelled 'bunker'.

We later found they were linked to blue sirens which alert whoever is there that someone is at the door. He rushed up to let us in, and then led us into the tunnel.

We had to go down the ladder, which was quite scary at first and was not as easy as Colin made it look. It links his kitchen and his shed and will soon extend to his bunker.

The bunker is at the bottom of the garden, and a hatch with another ladder is disguised under a fake carpet. When we got down there, he told us how he got started in a career in YouTube.

He said: "I stared uploading the content onto the internet and it started to get a bit of an audience and like with anything if people start to take a bit of an interest it spurs you on to do a little bit more. Then it just snowballed really, to the point where I started to get in newspapers.

"I made this 70 miles per hour mobility scooter, that was in nearly every newspaper bar the Guardian I think." He said the opportunity helped him quit his job as a plumber and focus on projects like building his secret bunker.

"When I was a kid we used to make underground dens, he said. I used to live near Stamford Quarry, and we used to dig holes near there, cover it over at the top and put mud over it."

He said his projects now are just the 'adult version of his childhood.' It took Colin two months to make the secret bunker and a bit longer to make the tunnels.

Colin described his further extravagant plans for his home. "So basically, this is such a cool space down here and it's always irritated me that it's not connected to the house.

"Ever since I finished this I thought I really need to connect this to the house." He is still loving making videos for his YouTube channel and has no plans in stopping.

He said: "There will always be more things. I'll probably have to stop tunnelling at some point because once everything's connected, other than going down even more, I don't know what the point of that is other than if I get withdrawal symptoms." He was born and raised in Stamford and has no plans of moving, especially after the work he has put in on it.

His plans for the future are not much different to what he is already doing. He said: "I'm just happy doing what I'm doing.

"The goal years ago when I was a plumber and I started messing around in my spare time was it to become a job and it has been. I've been doing it now for about 12 years as my job.

"Long may it continue and to keep having fun with it really."