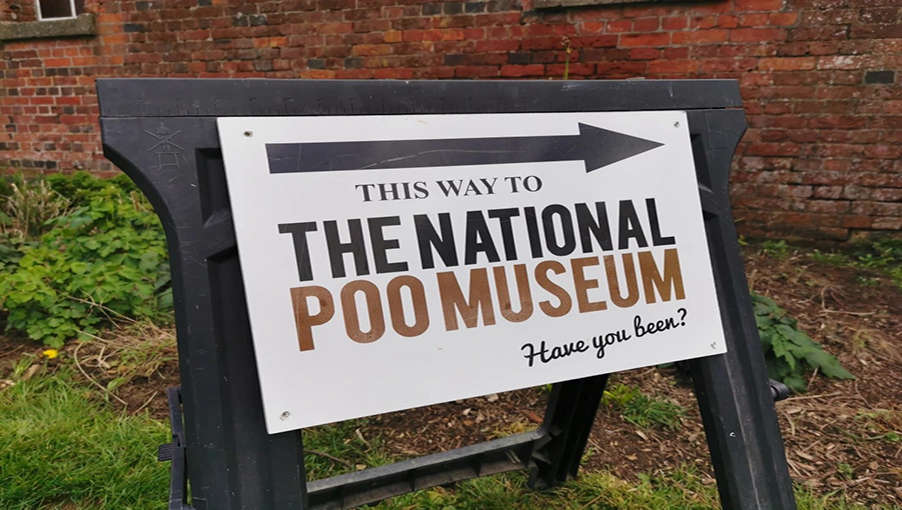 A new poo museum is the — err — No2 in the world dedicated to dumps.

Hundreds of visitors have dropped into the National Poo Museum since it opened to the public last week, The Sun reports.

Among the exhibits are excreta from lions, pandas, foxes and even a square wombat whopper.

There are also two human examples.

Former plumber Daniel Roberts, 51, came up with the idea after spotting a lynx log on a forest path while he was in Sweden.

Daniel’s museum in Sandown, Isle of Wight, opened just six months after one in Italy.

He said: “We were a little bit disappointed, but then we suddenly realised that makes us number two.

“Poo is relatively easy to get hold of. It’s cheap, it’s all around us and it’s almost a little bit taboo.

“But, at the same time, it’s universal. It unites us with every other species on the planet.”

Staff preserve the poo by drying it, then sealing it in resin.

Daniel, who lives with his partner Lucia Para, 41, said: “We were worried nobody would come along, but we were overrun.

“People were queuing in the rain to get in and have a look at poo.”