Where's The Best Place To Live For Your Trade?

It's the big one, the argument that everyone's had on site - who is the best paid?

If you're looking for the highest average salary across all trades, London is the place to be. It's not that surprising as it's the capital 'n all that. But the average salary is over £36, 000 (but let's also bear in mind that a coffee in London costs over a tenner!)

If you’re looking for somewhere a bit more green to relocate Southend would be a good shout. It has the 2nd highest average salary across all the trades in the UK. You could expect  over £32, 000 a year if you were working there.

Manchester is a pretty good shout if you're looking for a job in the electrical trades,. Also, if you’re looking to start your own painting and decorating business the second city is the place to be.

However, if you're looking for somewhere with lots of work swilling about Wolverhampton has the highest amount of vacancies, with 21 jobs per 1,000 people. In particular, chippies, joiners and anyone in wood trades have a lot of work.

But, we thought we'd break it down for you. So, here's the best cities to work in if you're:

However, it's not only how much you earn, but also, how much work is knocking about. Which is why we looked into how many vacancies there are in different locations.

SPOILER - you're laughing if you're in Southend! 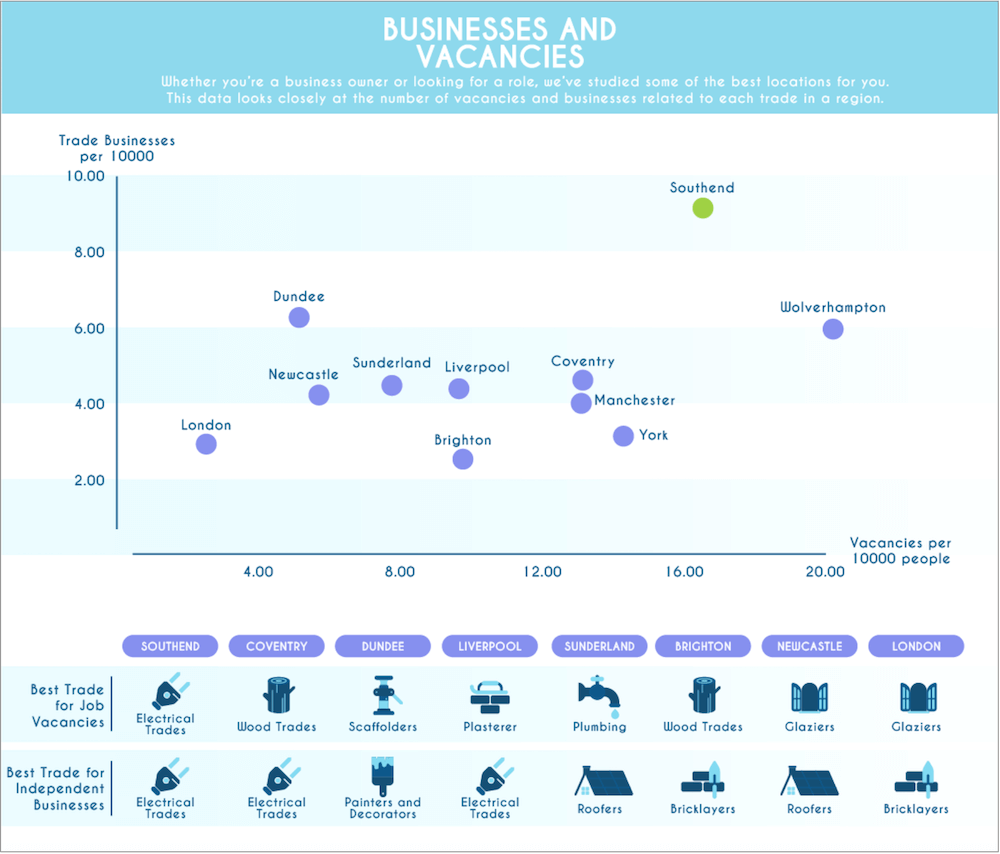 Now, all we've got to do is decide which is the hardest working profession...we'll just leave that one here