It's a term that keeps on coming back into the news - affordable housing. It's a big deal, and a big problem. Especially when there's only so much space available in busy places like London & Manchester. How can you make something afforable when the ground is at a premium cost?

Of course, one answer is building up. But that's something that is very expensive, tricky and time consuming. Perhaps another solution can be found by looking overseas for inspiration.

That's why we were so excited when we heard about Greg Parham. He owns Rocky Mountain Tiny Houses. They offer sells DIY kits and plans to build your own tiny house.

At this point you might be wondering what a tiny house is. Well, it's pretty simple, it is what it says on the tin - a tiny house. One so small that you can build your own house yourself. 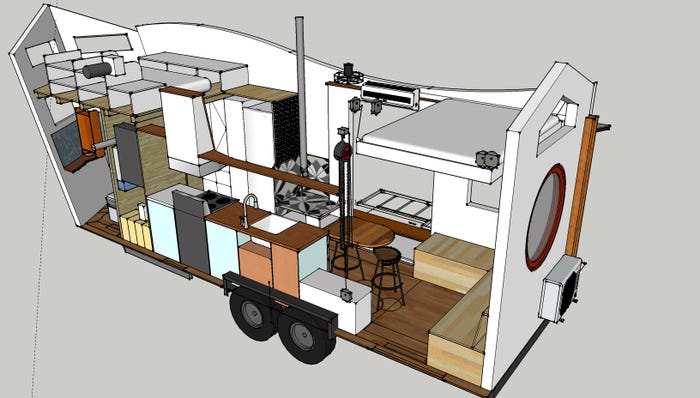 It all started when Denver City Council in The USA recently voted to make it easier to build tiny-home communities in most of Denver. The new city law allows tiny home villages to be built across industrial, commercial and mixed-use sites, along with certain sites in residential neighborhoods. Villages could appear on future development sites, spare city land, or even church properties.

The average cost for a tiny house, from design to construction to completion, is $68,000. Non-DIYers will pay Rocky Mountain Tiny Houses anywhere from $30,000 to $150,000 for finished houses, according to Parham. They usually go through two to five versions before settling on a final plan, which can take a few days or weeks.

Parham, who has a degree in architecture, and his team work closely with their customers, collaborating on the design and building processes to give them exactly what they want in their tiny house. 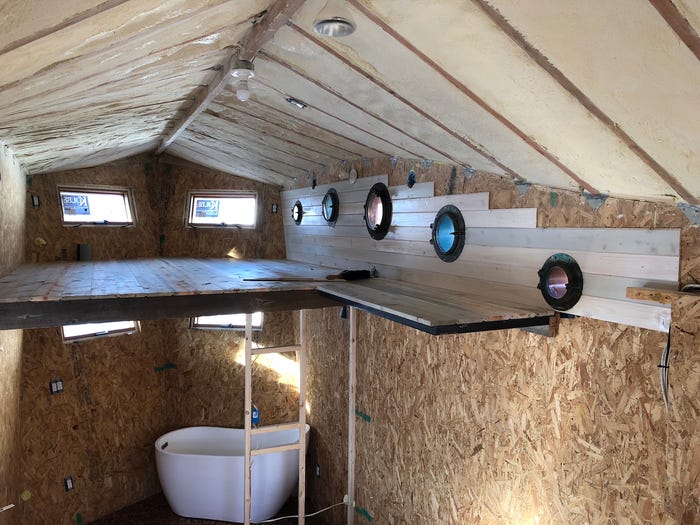 Now, you might be thinking that there are a lot of challenges to this way of working. Well, surprisingly the most common mistake customers make in their sketches is not accounting for wall thickness. Walls are at least four inches thick, not the width of a pencil line in a sketch. It shows how, building on such a space budget means that it would throw up problems that wouldn't normally be such an issue.

Customers don't always realize that certain things need to be taken into consideration; there are hundreds of intricacies that take days to overcome. For example, plumbing can be a huge problem (as you can imagine!).

Sometimes customers provide Parham with hand-drawn sketches, links to tiny house builds they like with written descriptions of changes they want made, or detailed 2D- or 3D-computer generated plans. 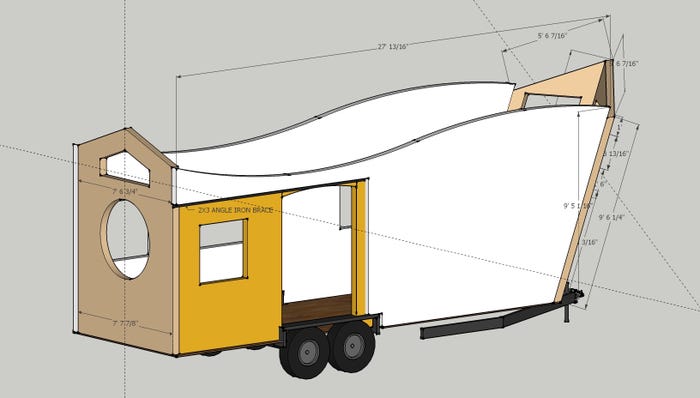 However, with planning regs being so tight, and ground being so sought after, maybe this is the way to go? After all, it looks like it's already begun.

Ford recently built a a personalized camper van than can be used as a house. It has a compact kitchenette with a double burner cooktop, mini-refrigerator, and a stainless steel wink with a removable cover that also serves as a cutting board. Plumbing is supplied by the electric water pump and a grey water system, which allows the water to be recycled.