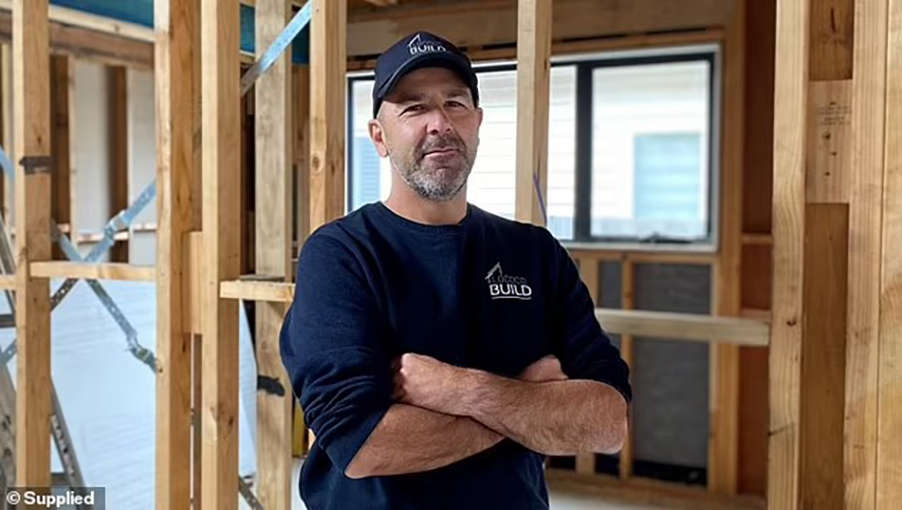 A builder who's been on the tools for more than 25 years has been forced to close his business for good due to crippling costs and supply issues that he says have just about broken him.

Anthony Lococo, from Torquay, Victoria, will be shutting his building company Lococo Build later this year in what is the latest in a long line of tradesman feeling the pressure because of skyrocketing material prices, MailOnline reports.

He explained that supply shortages, price increases and even finding tradesmen to do the work were all factors that had left him with no choice but to give up his business - and go to university to retrain as a teacher.

“It's been a heartbreaking decision to make, but after two years of struggling to get materials and trades, and costs continuingly blowing out and eating into anything that even looked like a profit margin,” Lococo explained.

“I decided at Christmas that I just couldn't face another year of it. I'm drained, and I've had enough.

“Reports from the trade industry said that it was going to be just as bad if not worse this year, and we just couldn't do it. I have a family, and I was feeling the pressure.”

Costs of metal ores, plastics, and timber have been consistently rising for years, but particularly through the pandemic as factories were forced to shut down for extended periods.

The trickle-down effect of these surging costs means Australian tradies are forced to cover the difference because they had entered fixed-price contracts with clients.

“There's a lot of builders who are struggling out there, I know a few of them. Many don't want to talk about it but they're feeling the pressure,” he added.

A survey conducted last year by Master Builders Australia revealed that 98%of builders in Victoria had been affected by price rises and wait times for materials.

Lococo said rising material costs were possibly the most significant problem that required urgent addressing, revealing that his expenses had jumped as much as 30% in the space of a month.

He had built the company with his wife 'from the ground up'.

“I got to the point where I couldn't even face the thought of going into the office,” he explained.

“Having to let my team go is devastating, but I don't realistically have any choice.

“You just can’t run a successful business like this, you’re just belting your head against a brick wall.”

Lococo has committed to finalising all his current projects but admits picking an end date for his business will be a challenge.

Despite his decision to walk away from his business, Lococo is keen to stay involved with the building sector, and plans to take up a course at university to become a teacher to young tradies.

Michaela Lihou from the Masters Builders Association of Victoria, elaborated on the 'crisis' impacting tradesmen in Australia.

“We have got supply shortages, skills shortages and at the moment, it's a perfect storm,” she said.