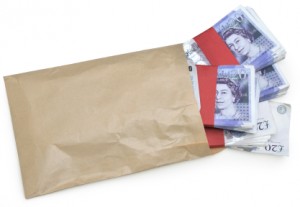 Earnings for self-employed tradespeople have recovered to pre-Covid levels, according to the industry’s biggest payer of subcontractors.

Earnings for self-employed tradespeople have recovered to pre-Covid levels, according to the industry’s biggest payer of subcontractors.

Hudson Contract said that average weekly pay rose month-on-month by 1.2% during November to £901, the highest level since February.

Hudson managing director Ian Anfield said: “It was business as usual for most construction firms last month as they continued to operate through the lockdown. Skilled workers who want to work are working. Others are staying at home and claiming the government’s self-employment income support scheme. Most of our clients are reporting a decent amount of activity and have already secured projects for next year.”

He added: “The housebuilding sector remains buoyant with support measures due to continue into the first quarter of 2021 and the government is committed to new infrastructure spending.”

Mr Anfield added that demand for labour on building sites has flattened off at 90% of pre-Covid levels.

The recovery in demand which started in the summer “reached the top of the V” in November, he said, and is now in a seasonal cycle ahead of the festive period.

However, some employers report labour rates are rising much more steeply. Last week we reported that British & Irish Trading Alliance (BITA) saying that too many construction workers were choosing to stay home. It said that the government’s decision to extend the Self-Employment Income Support Scheme until the end of March 2021 and increase grants from 55% to 80% of earnings has been bad news for the construction industry. BITA member James Coffey, chairman of J Coffey Construction, said: “As you can imagine the prospect of receiving up to 80% of income whilst remaining safely at home and without the requirement of traveling and working, proved extremely attractive to a lot of workers. We noticed quite rapidly this impacted our ability to deliver projects and quickly drove up our labour rates by over 25%.”