The Night Shift playing D:ream - U R The Best Thing 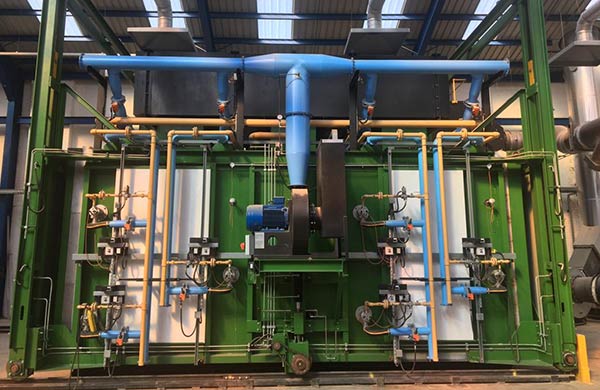 Wolverhampton-based Thermal Recycling has opened what is claimed to be “the world’s first socially and environmentally responsible alternative to asbestos disposal”.

Wolverhampton-based Thermal Recycling has opened what is claimed to be “the world’s first socially and environmentally responsible alternative to asbestos disposal”.

The demonstration plant removes the nasties from asbestos sheeting and coverts it into a useable aggregate.

Approximately 60% of asbestos taken to landfill is in the form of roof sheets. Removing asbestos roof sheets involves putting them in a skip and sending to landfill. There has been no alternative – until now, it is claimed.

Thermal Recycling collects the asbestos and takes it to Wolverhampton where its treatment facility converts the cement roof sheets containing chrysotile asbestos.  Thermal treatment changes the chemical and physical composition of the asbestos and the asbestos-free material is then crushed to produce aggregate for road building.

Chairman Graham Gould said: “Thermal Recycling is delighted to announce the opening of our demonstration plant.  We can convert asbestos into asbestos-free material on an industrial scale, in a commercially viable and environmentally safe way.  We can’t continue putting asbestos in landfill sites for future generations to deal with”.

The recycling planned has been endorsed by the National Federation of Roofing Contractors (NFRC), whose president, Kevin Taylor, said: “The NFRC welcomes this leading edge technology with the potential for a more sustainable approach to the disposal of asbestos.  It is vital that we divert waste from landfill and reduce the number of sites containing asbestos”.