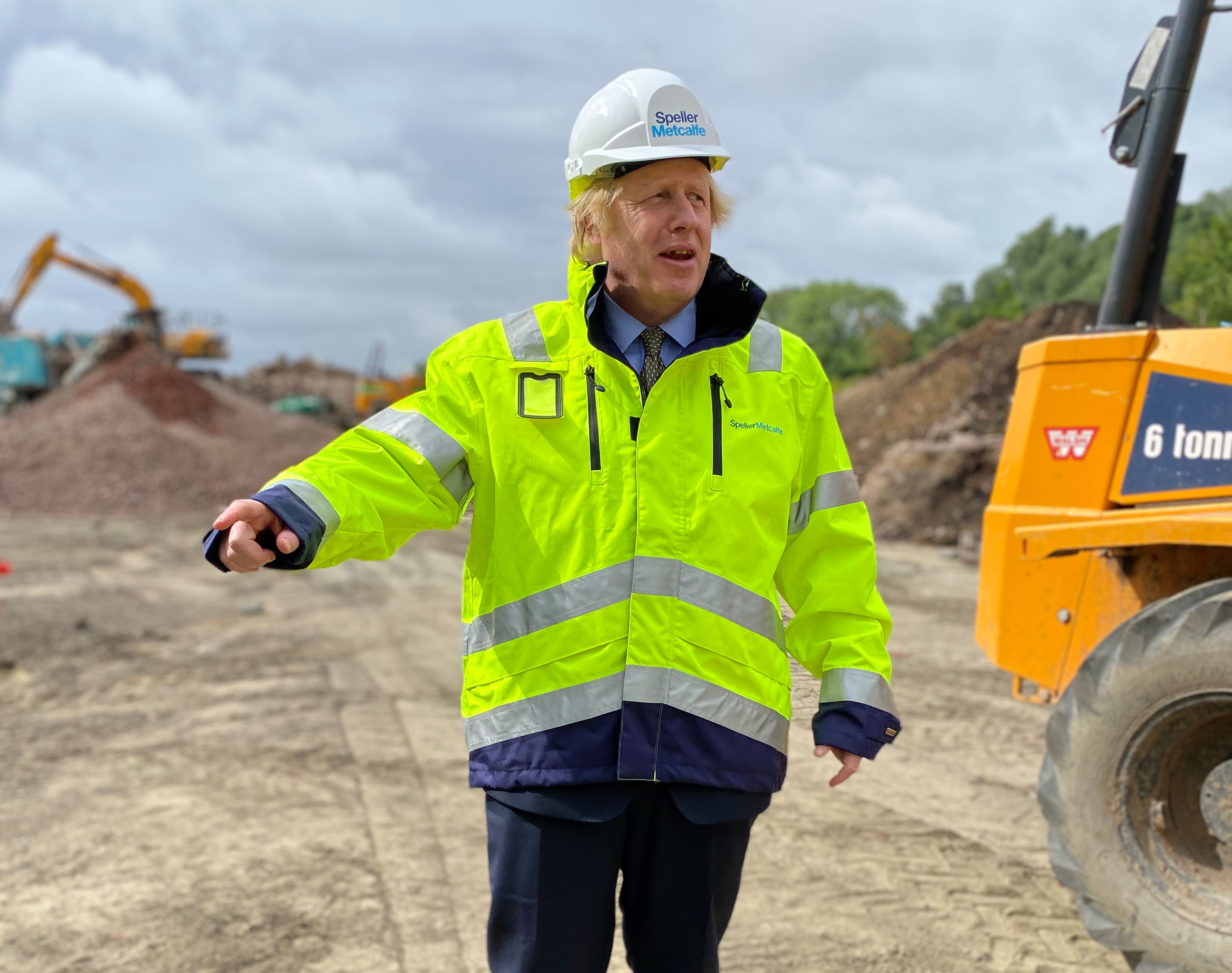 The prime minister has confirmed that he is looking to the construction industry to drive UK recovery from the economic torpor induced by the Covid-19 lockdown.

The prime minister has confirmed that he is looking to the construction industry to drive UK recovery from the economic torpor induced by the Covid-19 lockdown.

However, he has pushed back publication of the revised National Infrastructure Strategy once again; it is not now expected until autumn 2020, a year overdue.

Boris Johnson likened his government’s plan to US president Franklin D Roosevelt’s New Deal programme in the 1930, which used public works construction to get America over the great depression of the 1920s.

In a speech today in the West Midlands, the prime minister will speak of his commitment to ‘build, build, build’ to fuel economic recovery across the UK.

In extracts released by Downing Street ahead of the event, he is quoted as saying: “It sounds positively Rooseveltian. It sounds like a New Deal. All I can say is that if so, then that is how it is meant to sound and to be, because that is what the times demand. A government that is powerful and determined and that puts its arms around people at a time of crisis… This is a government that is wholly committed not just to defeating coronavirus but to using this crisis finally to tackle this country’s great unresolved challenges of the last three decades.

“To build the homes, to fix the NHS, to tackle the skills crisis, to mend the indefensible gap in opportunity and productivity and connectivity between the regions of the UK. To unite and level up. To that end we will build, build, build. Build back better, build back greener, build back faster and to do that at the pace that this moment requires.”

It remains unclear how much of the money and work announced today is new to the programme and how much is being re-announced simply for some positive headlines, but it comes on the back of yesterday’s announcements on building schools and prisons.

The prime minister will say that £5bn of capital investment projects is being brought forward in England, including:

• £1.5bn this year for hospital maintenance and expansion

• £100m this year for 29 projects in the road network, plus £10m for development work to unblock the Manchester rail bottleneck, which will begin this year

• £560m and £200m for repairs and upgrades to schools and FE colleges respectively this year.

• £142m for digital upgrades and maintenance to around 100 court buidlings this year, £83m for maintenance of prisons and youth offender facilities, and £60m for temporary prison places

• £900m from central government for a range of ‘shovel ready’ local authority projects in England over the next two years, as well as £96m to accelerate investment in town centres and high streets through the Towns Fund this year

• In September 2021, construction will start on the first 50 projects of a £1bn, 10-year school rebuilding programme, starting.

When it is finally published in the autumn, the revised National Infrastructure Strategy is expected to set a clear direction on core economic infrastructure, including energy networks, road and rail, flood defences and waste.

Because Scotland, Northern Ireland and Wales now have their own devolved regional administrations, the UK government has less scope for making an impact on economic recovery in these regions. However, the national government also intends to bring forward funding to accelerate infrastructure projects in Scotland, Northern Ireland and Wales and work with the devolved administrations to identify transport projects worth supporting.

The prime minister will also announce action to support jobs and skills in his speech.

The chancellor is expected to provide an update on the economy next week.