The Night Shift playing Whitney Houston - I Wanna Dance With Somebody 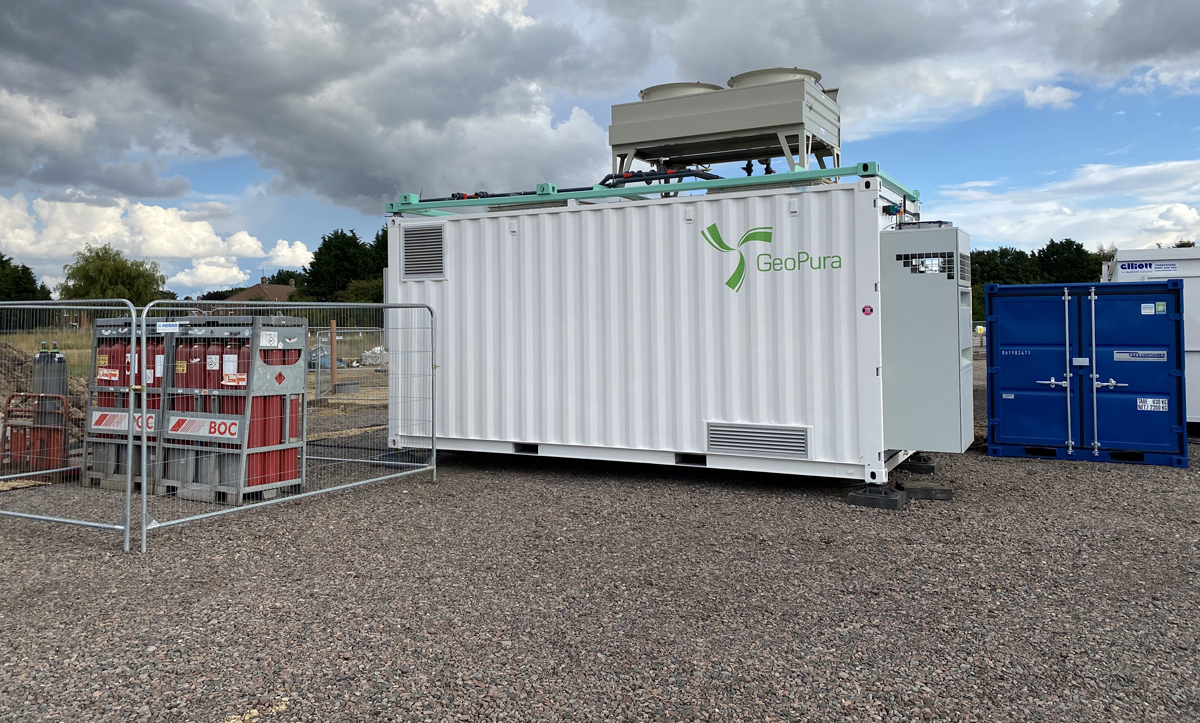 Off-grid power is needed as this site won’t have a grid connection for at least six or eight months; the fuel cell system will provide heat and power for the construction village during that time, removing the need for diesel generators.

The hydrogen fuelled power system was installed in August and will provide 250kVA of standard three phase, 400V electrical power and up to 80kW of heating to around 20 cabins across the construction village. The cabins, which contain welfare areas, offices and meeting space, will be used by Siemens Energy employees and contractors including Balfour Beatty, as work to build the access road continues. Main works start on the converter station later this year.

The fuel cell system was piloted by Siemens at the Goodwood Festival of Speed in 2019 . It has been further developed by Siemens Energy’s partner, GeoPura, and now uses the waste heat, which is normally lost from the fuel cell’s cooling system. This waste heat is passed through a heat exchanger to heat water, which is then piped through to heat two drying rooms for site workers’ personal protective equipment (PPE).

The fuel cell system incorporates 216kWh of battery storage, used to smooth the peaks in power demand and improve the efficiency of the system.  The battery storage also means that, should the hydrogen supply be interrupted, the output of the system will be unaffected and can supply power autonomously for several hours.

In addition to powering the cabins and drying room, power will also be provided to six electric vehicle charging points on site.

The only by-product of using a fuel cell to generate power on-site from hydrogen is water, and unlike diesel generators, there are no NOx or particulate emissions.

Initially the hydrogen supplied for the fuel cell system will come from conventional hydrogen sources but will move to green hydrogen once a suitable supply has been confirmed, Siemens said. It is estimated that around seven tonnes of hydrogen will be needed across the duration of the project.

Siemens reckons that it is saving a tonne of CO2 each week, which is the equivalent of taking 20 cars off the road.

The fuel cell system is based on a single 20ft shipping container that houses all the equipment needed to convert the hydrogen into electricity and heat. Around 300 metres of reusable piping has been installed at the site to distribute hot water from the fuel cell to the cabins and drying rooms.

Since the demonstrator model was used at Goodwood last year, the system has been refined by GeoPura at Siemens Energy’s site in Newcastle, making it more compact and efficient, and able to supply hot water as well as electricity.

Viking Link project is a joint venture between National Grid Ventures, part of National Grid, and the Danish electricity system owner and operator, Energinet. The 1.4 GW high voltage electricity interconnector will be the longest in the world when completed, stretching 765km subsea and onshore connecting from Bicker Fen in Lincolnshire, UK and Revsing in South Jutland, Denmark to enable clean energy to be shared.

Steve Scrimshaw, vice president of Siemens Energy UK&I, said: “This is a great project and I’m delighted that we as Siemens Energy, with our partner GeoPura, have been able to walk the talk on how to build the hydrogen economy. In order to get the hydrogen economy moving we need to create a market, and it is small projects, such as this, which will increase the demand for green hydrogen, providing a pipeline of work for the supply chain.

“We have 30 years to reach net zero and at that point, we won’t be able to use things like diesel to power a generator. This is truly the future for off grid power – and this project should be a model for others across the country.”

GeoPura managing director Andrew Cunningham said: “Siemens Energy is to be congratulated on taking seriously their responsibilities to construction workers, the local community, and the environment as a whole.  Diesel generation is a major contributor to highly damaging CO2, NOx, particulate, and water course pollution.  This project shows that zero emission power generation has reached a point where it can viably replace off grid diesel generation and remove these health risks to the benefit of all.”

Energy minister Kwasi Kwarteng said: “Hydrogen has a key role to play in the UK’s journey to net zero carbon emissions and I am delighted to see this innovative off-grid power source being installed at Viking Link. It is steps such as this which will be vital in enabling a hydrogen economy to flourish in the UK as we build back better with new low carbon jobs.”