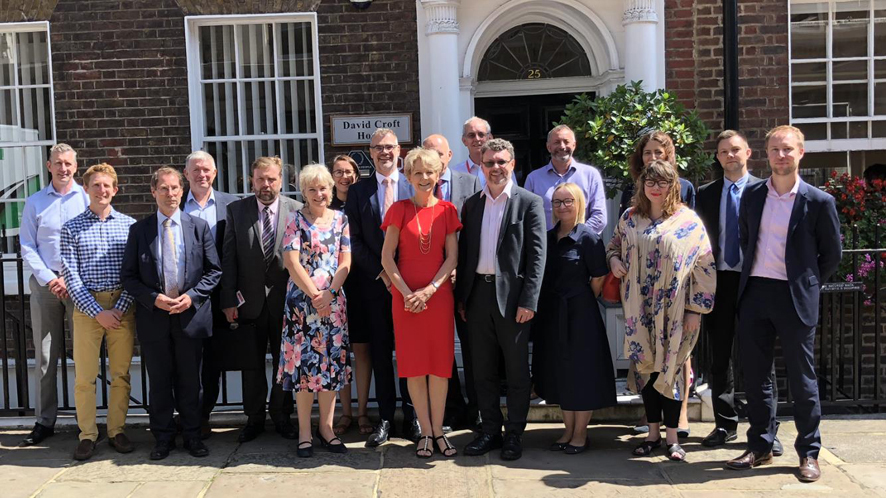 Plans to make every jobbing builder have to pass a test and buy a licence to trade have been shelved.

Plans to make every jobbing builder have to pass a test and buy a licence to trade have been shelved.

The Construction Licensing Task Force, instigated by the Federation of Master Builders (FMB), has announced what it calls ‘a tactical pivot’.

It has dropped its Licence UK Construction (LUKC) campaign for mandatory licensing across the sector and decided instead to swing behind the existing Trustmark quality scheme.

The task force has realised that its ambition for a new law to be passed making builders’ licenses compulsory, and creating a whole new tier of regulation and bureaucracy for the industry, was not supported by government.

It had a vision of no one even banging nail into a wall or changing a washer without a licence.

The Covid-19 pandemic has provided cover for the collapse of the campaign.

The task force’s 5th November newsletter said: “Largely due to Covid-19, but also in part due to the current government’s reluctance to introduce widespread regulation, it was decided that the campaign should tactically ‘pivot’ in the short term. Instead of wholesale mandatory licensing across the sector, the government should be lobbied to make any government grants schemes for refurbishments and energy efficiency improvements conditional upon the suppliers having an approved quality mark, such as Trustmark. This was already the case with the Green Homes Grants Scheme but should become accepted policy for any further schemes or initiatives.”

Thus the campaign has moved from pushing for a builders’ licence scheme to pushing for a requirement for Trustmark registration to qualify for government grant schemes.

The task force agreed that Brian Berry, chief executive of the Federation of Master Builders, and Simon Ayres, chief executive of Trustmark, “should work together over the coming months to determine how Trustmark could be altered to better fit the short-term requirements of the campaign”.

This ‘pivot’ was supported by Fergus Harradence, a civil servant from the Department for Business, Energy & Industrial Strategy who sits on the task force. He “indicated this to be a sensible approach” note the minutes of the last meeting, dated 22nd October.

However, while the Licence UK Construction (LUKC) campaign has climbed down it has not entirely packed up: “Task Force not to lose sight of LUKC’s longer-term strategy for a more formal licensing scheme,” the minutes note.

What was the plan?

The overriding ambition was to stop incompetent or dishonest people working in the industry.

More formally, the primary objectives were listed as:

It was proposed that the licensing system would “cover any paid job that affects or changes the physical fabric of the building". It would exclude DIY, but would include domestic repair and maintenance work, and handyman services that materially impact the fabric of the building or have any health orsafety implications. For example, just hammering a nail into a wall can sever a cable and would therefore be covered. It appears that they had decided not to include building work conducted in the garden or to a driveway within the scheme.

Every building business entity regardless of size, including sole traders, across the entire UK would have their work assessed periodically and would have to pay for a licence to trade.

Unlike a driving licence, a building licence would have to be renewed every three to five years, with fees ranging from £150 to £1,000 depending on the size of the business.

There was always the thinking that Trustmark already offered a route to mandatory licensing. A document prepared by campaign advisor Toby Lloyd, who describes himself as an independent housing policy consultant, advised the task force that: “The well-established and recently expanded TrustMark framework provides a comprehensive set of business, conduct, and competence standards, and a system for enforcement and redress. Registration with TrustMark  should be made a mandatory requirement of trading in the UK construction sector: this will in effect make TrustMark registration a licence to build.”

Who was behind the plan?

The Construction Licensing Task Force was primarily made up of trade association functionaries and lobbyist types.

Attending the 22nd October meeting were:

Apologies were received from:

What was wrong with the plan?