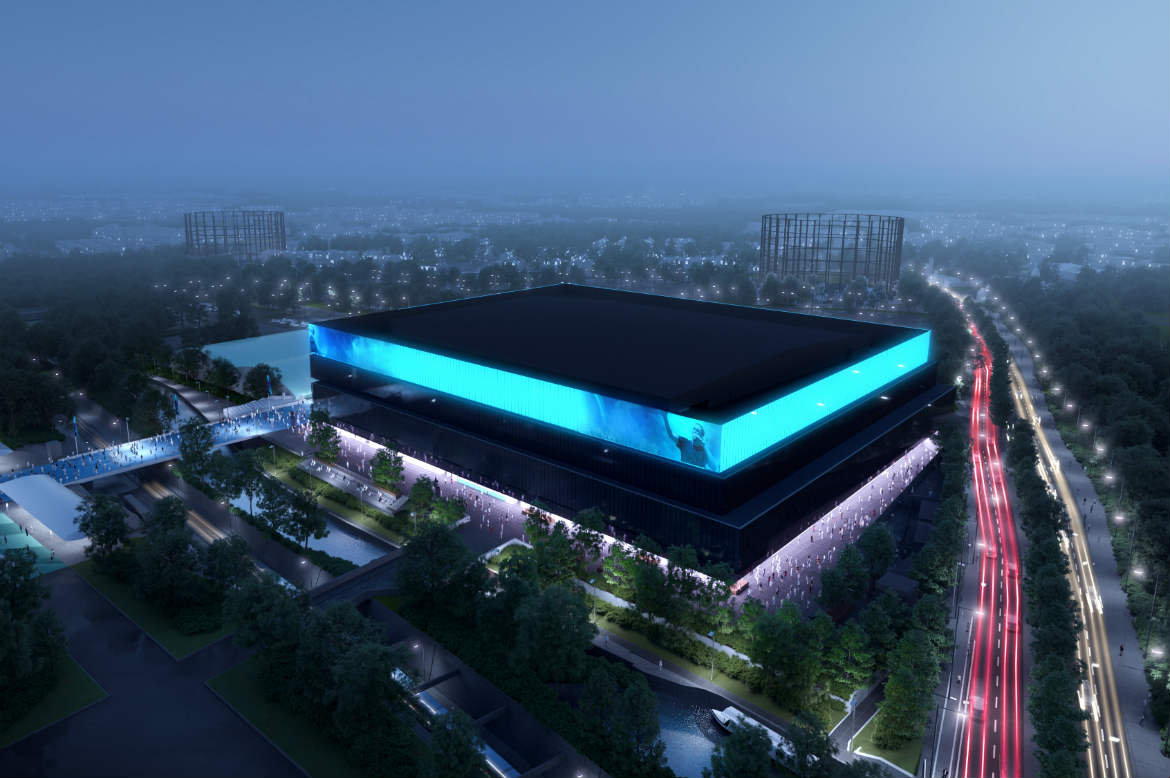 BAM is set to start work in November on the construction of a £350m arena in east Manchester after the city council gave planning permission yesterday.

BAM is set to start work in November on the construction of a £350m arena in east Manchester after the city council gave planning permission yesterday.

Oak View Group’s arena has been designed by Populous with a capacity of 23,500, making it the largest indoor arena in the UK, ahead of the 21,000-capacity AO Arena in the same city.

It is expected to create 3,350 jobs during the three-year construction phase.

Proposals for the new venue at a site in the Eastlands area of the city, next to Manchester City FC’s Etihad stadium were submitted in March. It was one of numerous application considered byt hte city council's pannign committee ob 24th September – proposals adding up to more than £1bn of investment in Manchester

Alongside BAM and Populous, BuroHappold, ME Engineers, Vanguardia, Turner & Townsend and Deloitte will make up the project team that will deliver the new arena.

Tim Leiweke, co-founder and chief executive of OVG, said: “We’re delighted that Manchester City Council has given our proposals the go-ahead, and we can’t wait to get started, bringing a £350m private investment, creating thousands of jobs, and delivering one of the world’s best arenas to this amazing city. I want to say a huge thank you to the community for taking the time to listen to what we had to say and providing feedback that ensured this arena is of Manchester, for Manchester and by Manchester.”

Populous senior principal and project architect Declan Sharkey said: “Our team has worked intensively across all elements of the building’s ambitious design to ensure the arena succeeds in drawing visitors from far and wide and each one has an unforgettable, world-class entertainment experience.”