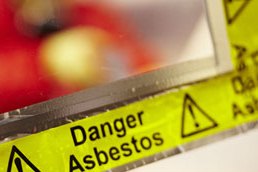 Trade union fears that a ratings app for asbestos workers was open to abuse have been dismissed by the organisation behind the new digital tool.

Trade union fears that a ratings app for asbestos workers was open to abuse have been dismissed by the organisation behind the new digital tool.

The Asbestos Removal Contractors Association (ARCA) says that its Asbestos Labour Feedback App (ALFA), launched on 1st September, has built in checks to prevent it being used for blacklisting or victimising operatives.

“Unite fears that in an attempt to ensure competency levels, ARCA has created a system which allows unscrupulous contractors to victimise and blacklist workers who, for example, may have challenged dangerous working practices, giving them a low score when rating their ability,” Ian Woodland said. “A low mark would then result in the affected worker struggling to be hired for future asbestos removal work.”

However, Jason Day has now responded on behalf of ARCA to explain to him the checks and balances built into the system.

“It is made crystal clear, in the terms and conditions of use and the privacy statement, that the purpose of ALFA is to provide legitimate and proper feedback on an operative’s safety critical asbestos removal work.  It is also made clear that the app cannot be used for any unlawful purpose,” Jason Day responds.

He says: “The app is transparent and accessible. Operatives see the feedback about themselves. The information displayed is feedback on essential and appropriate issues such as the use of PPE, decontamination, controlled stripping of asbestos materials and waste removal, it is a long way away from the ‘blacklisting’ situations you refer to.

“It is up to operatives whether or not they participate in ALFA. It’s for them to volunteer to take part in it.  If they don’t volunteer, they do not appear on ALFA.  Your letter focuses on negatives, but we know operatives see the positives of their good work being reflected in feedback other potential clients can see.

“Feedback is not based on a one-off assessment.  It is based on all assessments over a 12-month period, and there has to be a minimum of five, and information relating to an operative’s performance only goes on ALFA when we have those assessments.

“Any operative can ask for the erasure or correction of his/her information if it is inaccurate.  There is a complaint procedure set out in the terms and conditions if he/she has any concerns about the accuracy of the information   It should also be noted that an operative can ask for their profile and therefore ratings to be deleted from the app at any time and for any reason.”

He adds: “No information about whether they are or aren’t trade union members is requested or kept on ALFA. I repeat that feedback’s only sought on the merits of a person’s work.”

So far 12 labour agencies, with more than 650 operatives between them, and 137 licensed asbestos removal contractors have registered to use ALFA.  More than 800 ratings have been submitted.  To date, 50 operatives have had five or more ratings and have thus received an overall performance rating.