The Night Shift playing Jake Bugg - All I Need 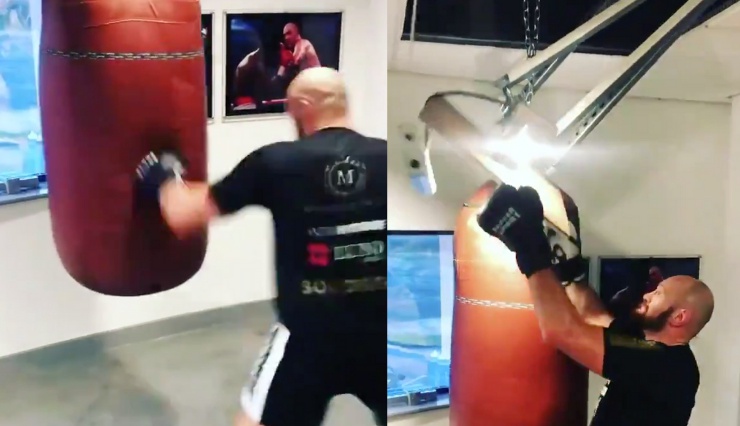 Are you a plasterer struggling for work right now? Well you should get in touch with undefeated WBC Heavyweight Champion Tyson Fury, after he caused some damage recently that’ll need some touch up work.

In a video posted on Twitter, The Gypsy King was going about his business as normal in the gym, throwing a few solid strikes at a punching bag, when suddenly a light in the ceiling above the bag fell from the roof with debris from the ceiling coming down with it.

“This is what’s coming for everyone, 2021 to infinity” he said in the video which shows him narrowly avoiding the light that could have had ramifications for his fight plans in 2021 if it had injured him.

This is what’s coming for everyone 2021 to infinity. pic.twitter.com/eQ6NiqC9PN

As reported by World Boxing News, Fury is currently linked to a title defence in January or February next year, with mediation talks underway with Deontay Wilder’s team over dates on their trilogy agreement.

While no longer fighting on the 5th of December, Fury has been focused on staying in shape and keeping himself fit for a big 2021.

Over the weekend he shared a video of him and his dad on a 7-mile run together, with the boxers dad heard shouting “to all the over-50’s who think they’re finished, look at this man, 2 miles to go and still full of energy”.