Pranks In The News

We love a good laugh and we know that you do too. So, when we were skimming through the news and some of these stories came up, we thought they're too good not to share.

Now, we don't want to be insensitive. After all, funerals are hardly the place where most people would expect to have a laugh. We get that...but this is funny

Shay Bradley, a father-of-four bravely, who lived in Ireland sadly got cancer. However, he never lost his sense of humour though.

Along with his son Jonathan,Shay organised a prank for his funeral. And it's genius.

When it came to the sad day of Shay’s funeral, as the coffin was being lowered into the grave, a pre-recorded tape of Shay pretending to wake from the dead and knocking on the lid was played out.

The video shows tearful mourners bursting into laughter as Shay's voice can be heard shouting: "Hello? Hello? Can someone let me out? Hello? Let me out it's f***** dark in here! Is that that priest I can hear? I can hear yous! Let me out!"

It is brilliant, and a real testament to a great guy.

Unexpected Item In The Bagging

If you've never been abroad before, you might not know the whole airport routine.

Martin Barnes, 54, had never been on a plane before. So, he was in the hands of his mates. That should have been the first red light!

When his pals all decided to go to Benidorm for one of their 30th birthdays, he was pretty much putting himself in the hands of his friends to help get through all the tricky technicalities, before being able to enjoy the benefits of the airport lounge.

Ben Rix, one of Martin's mates, a painter and decorator, saw this as a golden opportunity to stitch his pal up. The worst thing about the whole thing is that it was completely premeditated - having spotted a potential weakness in his knowledge of airport procedure, Ben planted not one but two little surprises in Martin's hand luggage before they went through airport security.

But, it was genius: 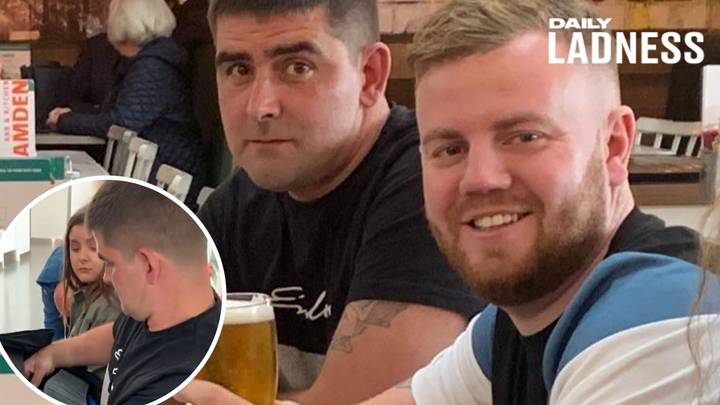 You May Kiss The Bride

We've had funerals, but weddings are a great source of pranks. That said, this one is pretty elaborate.

A woman pranked her husband-to-be by hiring a drag queen to gatecrash their big day just moments before tying the knot.

The bride was Lyndsey Holgate got Regina Sparkles to burst into the wedding - donning a dress and clutching a bouquet - before the big day.

Luckily the groom saw the funny side of the prank and the act also kept the guests well entertained.